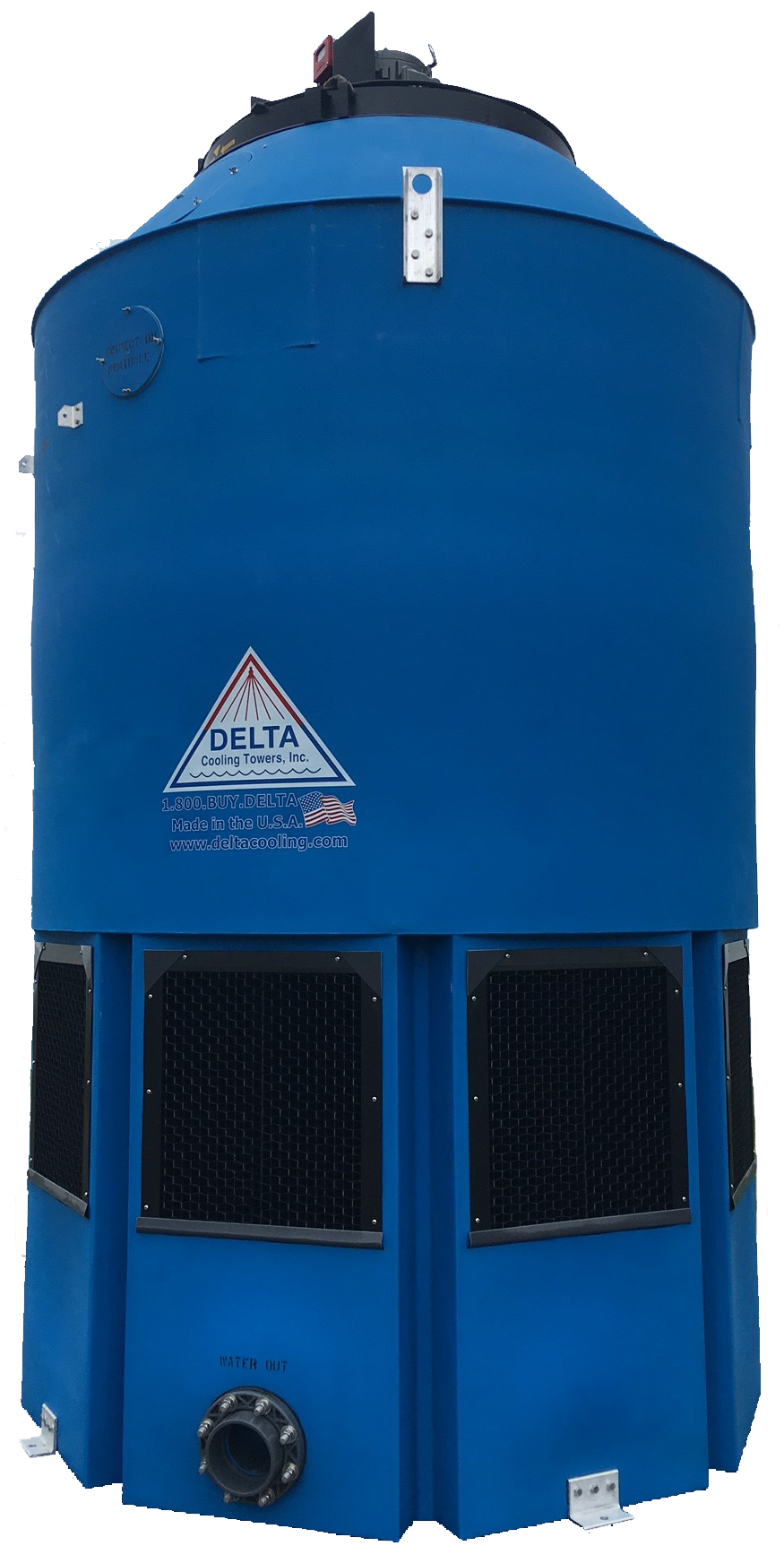 The risk of propagation of deadly cooling tower-borne pathogens, such as Legionnaire’s Disease, can be minimized through the use of towers made of anti-microbial HDPE.

Legionella, the bacteria that causes potentially fatal Legionnaire’s Disease, and other strains of deadly pathogens that are hosted by some cooling towers, have been substantially reduced by the development of a unique anti-microbial HDPE material introduced by Delta Cooling Towers on September 1, 2016.

Although the public concern about Legionnaire’s Disease was paramount during the outbreaks of the mid-1970s, there have been many occurrences since then, including over a dozen cases in the U.S. this year, as well as several in Europe and Australia.

According to the CDC, in many of these cases Legionella is incubated and spread through water systems, including the cooling towers that are essential items in commercial building HVAC systems and industrial process cooling.

John Flaherty, president of Delta Cooling Towers, points out that the aforementioned standards and requirements do not significantly detail the maintenance practices necessary to keep water systems, such as cooling towers, healthy. He says that competent maintenance; consistent, top quality water treatment and accurate monitoring are essential to that effort.

“Without consistent, competent water treatment, the legionella risk is not completely eliminated, even with the new antimicrobial cooling tower,” Flaherty explains. “While cooling tower conditions are often managed by water treatment chemicals, such treatment is sometimes inadequate and poor piping designs, lead to ‘dead legs,’ creating an environment in which pathogens – including Legionella – can thrive.”

The design of many cooling towers creates pockets where water may stagnate, another condition that can lead to microorganism development. The stagnant water areas are prime breeding grounds for Legionella to grow. To avoid such problems, Delta’s cooling tower designs feature a sloped basin and/or basin sweeper system.

While other cooling tower manufacturers may market a tower with an anti-microbial fill (the medium over which the hot water is distributed as it is being cooled), no company other than Delta has engineered a cooling tower featuring both the fill and structural casing composed of anti-microbial material.

Click here to learn more about our Anti-Microbial cooling towers.