The Benefits of Cooling Towers That Everyone’s Talking About

The Benefits of Cooling Towers That Everyone’s Talking About

Picture this: you’re at a work meeting, but you can’t concentrate because there’s an annoying rushing sound coming from the HVAC system. Or maybe you’re at a symphonic concert and in the middle of a solo their system kicks on and drowns out the sound. It’s distracting and annoying, right? Well that sound is coming from airflow noise due to turbulence in cooling tower fans and water flowing through the machinery. Thousands of businesses use water to cool their buildings, so it’s an important issue to figure out. Finding a solution to this in the past has been difficult and expensive, but thanks to new technology from Delta Cooling, that is no longer the case. 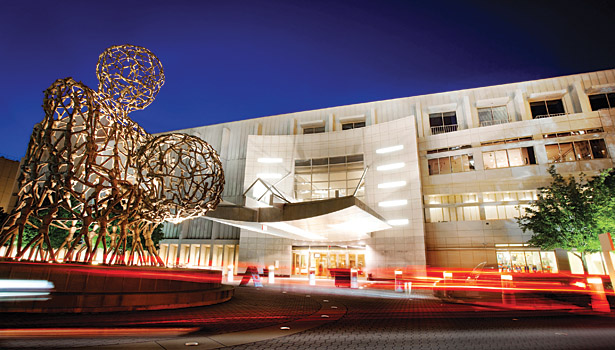 The Symphony Hall at The Woodruff Arts Center, which is where the Atlanta Symphony Orchestra plays, was recently outfitted with this new technology. Their old cooling towers were so loud it sounded like a jet passing overhead, according to an engineer at the center. Now, not only has this problem been resolved, but other issues have been resolved as well.

The Woodruff Center is now the proud home of a cooling tower with an HDPE (high-density polyethylene) design. Delta Cooling Towers was a pioneer in this technology, though it was originally used to resolve corrosion issues cause by industry gases, routine chemical water treatments, or salt air in metal towers. These new towers have an extended lifespan, which makes them an even better and more economical option for business owners.

An option available for these towers is direct-drive motors, which means you don’t have to worry about a gearbox or belts. This cuts down on operational issues and maintenance. Variable fan speeds allow for consistent water temperature, and the fans at Woodruff only ran at 50% power for the first summer of operation, cutting down on energy usage and therefore expenditure. If your cooling tower accumulates scale, biologic growth, particulate deposits, or it suffers from corrosion, the efficiency of the tower reduces by about 5%. While this may not seem like a lot, you will definitely notice the difference.

If you need any other reasons, consider the fact that Delta Cooling towers are inconspicuous, so if your business is in a high-visibility area, it won’t be an eyesore. Cooling towers can vary from small rooftop units to large structures up to 660 feet tall. Have any questions? Let us know!