Back to FAQs & Definitions 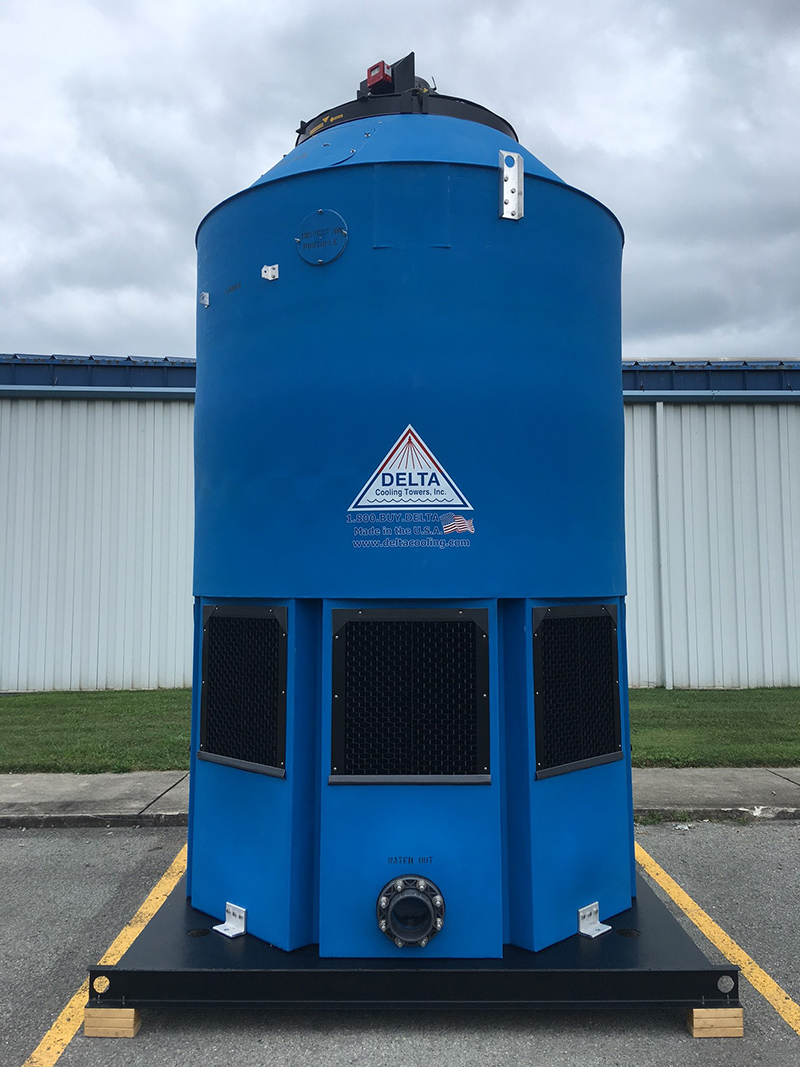 Figuring out the average cooling tower cost sounds quite simple but in practice might turn out to be a bit of a challenge. Namely, while the majority of cooling tower vendors associate cost with the tonnage of the tower, different cooling towers have a different horsepower-per-ton ratio.

You also need to understand that the replacement of your current cooling tower may have different costs based on specific circumstances. How difficult is the removal of the previous tower? Will the previous tower be difficult to dispose of properly? How high does the new tower need to be installed? With all of these variables, the best option is to always get a quote directly from a vendor, so feel free to reach us at any time.

What Is the Average Cost of a Cooling Tower Replacement?

There are not a lot of industrial facilities that can operate without a proper industrial cooling tower. However, from time to time, these towers have to be replaced. Sometimes, this is due to the age/state of the previous tower. Nonetheless, every now and again, this need for replacement is dictated by the arrival of a new, more efficient, or eco-friendlier model.

The cost of a cooling tower replacement is a broad topic, seeing how the equipment itself can cost anywhere between $10 thousand and $2 million.

This cooling tower cost estimate is usually made based on the tonnage of the tower. The average cost per ton is somewhere between $120 to $200 per ton. Some of the most common towers are in the 250 tons to 1,000 tons range. So, when talking about averages, the most accurate estimate is in the range of $50 thousand to $200 thousand.

Of course, the best way to find the price of a cooling tower for you needs would be to contact us for a quote.

Still, there’s also a difference when it comes to the location of the tower in question. For instance, if the tower needs to be installed on a ground level, the project is a lot simpler, due to it being more accessible. Keep in mind that some installations on tall buildings may require helicopters.

Also, the current (pre-replacement) state of the facility plays a huge role in setting the final price. After all, if there’s a huge corroded metal tower to be removed, this will prolong the project and make it far more expensive. Not to mention that a proper disposal procedure may be required, as well.

Induced draft cooling towers are widely considered to be more efficient than their counterparts. This is a mechanical draft tower that has one or several fans (located at the top of the tower). They come in a square or round shape and the distribution of water can be handled either by the sprinkler nozzles or a distribution pan system.

Due to their mechanism and their operational efficacy, these are usually the largest towers. In other words, they use less horsepower but are heavier and take up more space. Seeing as how space is a massive issue for some buyers, cooling tower vendors sometimes reduce the cost for those towers with higher tonnage. In other words, as the tonnage increases, the cooling tower costs per ton go down.

Here as well, the average costs go between $50 thousand and $200 thousand. There are some cooling towers that go as low as $10 thousand, while there are those that reach sums of $2 million.

What Is the Average Cost of Forced Draft Cooling Towers?

This question is a bit tricky. These towers tend to use more horsepower per ton, which makes them more compact (usually shorter). This makes them great for cities with height restrictions on cooling towers and tight industrial structures, in general.

The cost is fairly similar but this fact might end up being quite misleading. You see when it comes to the cooling tower cost, you also need to think about the maintenance and ongoing energy costs. When it comes to forced draft cooling towers, this cost is significantly higher. In the end, while the tower is shorter, the long-term costs may be equal to or higher than the alternative.

How Expensive Are Closed-Circuit Systems?

Closed-circuit systems are also referred to as evaporative fluid coolers or closed-loop systems. They operate with two separate fluid circuits:

Their work is, in principle, quite similar to that of a traditional cooling tower, with one major difference – the heat load is transferred from the process fluid to ambient air through a heat exchange coil.

The costs of these towers are astronomical. On average, they’re 2.5 to 5 times more expensive than their counterparts. Still, the process itself keeps the cooling water cleaner, which means that you would end up paying more in order to keep your operations eco-friendlier.

This would bring the cooling tower cost estimation for closed-circuit cooling towers to $125 thousand to $1 million.

At the end of the day, there are several different ways to approach these costs.

The average cooling tower cost goes between $50,000 and $200,000 but it is always better to make estimates based on your specific needs than look at averages.

Those who are interested in even more options can contact us today to learn more about solutions such as our pump tank cooling tower systems.

< >
Back to FAQs & Definitions
Get a quote